David has been cruising since he was sixteen years old. His first cruise was aboard the Starship Atlantic, f.k.a. The Big Red Boat. He and his family sailed to the Bahamas. On a later trip, David sailed the Aegean Sea to the Greek Isles. On two occasions, David sailed aboard the Queen Mary 2. He is an avid fan of Royal Caribbean, Disney, and Princess. Since 2011, David has been a published travel writer. He has been a travel lecturer since 2015. He has presented throughout New Jersey, across New York State, and has presented in Washington, DC, and Boston.

Besides being an avid cruiser, David is a 13-year veteran cruise line agent in the New York area. Among his duties are guest check-in, airport meet/greet, and tending to guests’ needs including transportation. David also assists guests requiring special assistance. David also has had the privilege of working at the ports of Boston, Baltimore, Ft. Lauderdale, Miami, and New Orleans.

Like a kid at heart, David is also a die hard fan of the railroad world. His railroading spirit has taken him places he’d never thought he’d visit.  He has ridden the aboard the Strasburg Railroad in Pennsylvania, the Durango & Silverton Narrow Gauge Railroad in Colorado, and has ridden to the top of Pike’s Pike aboard the Manitou Springs and Pike’s Peak Railway. Recently, he’s ridden on the Saratoga & North Creek and the Wilmington & Western Railroads. Further, David enjoys traveling aboard Amtrak to wherever the rails take him. His favorite destination is Kingston, RI, the home station of his college Alma Mater. His additional favorites are the excitement of the Inner Harbor in Baltimore, the museums and monuments in Washington, DC, Williamsburg, VA, Boston, and the New Jersey Shore. 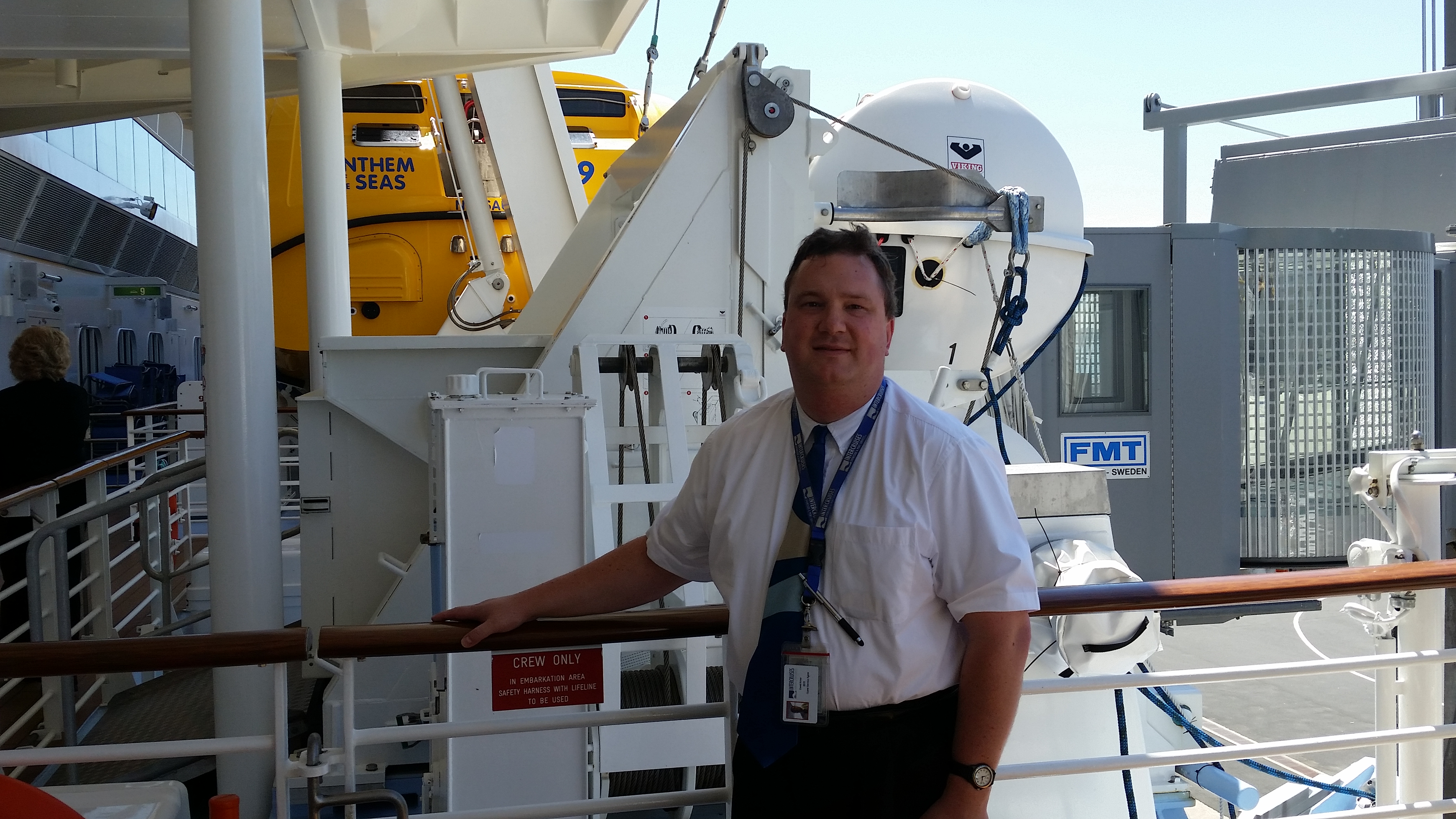 David Kriso has been a travel writer since August 2011. He has been recently published in Tourist Attractions & Parks Magazine, The Beer Connoisseur, Cruise Travel Magazine, and Porthole Cruise Magazine. He has also been published in four lifestyle magazines, including ASN Lifestyle Magazine. In the near future, David will be published in Passenger Train Journal. His ultimate goal is to be published in Amtrak’s onboard magazine, “The National”. His articles focus largely on cruise and railroad travel. In addition, he’s been a six-time guest on Cruise Radio, based in Jacksonville, Florida.

David believes that being a writer is like being a educator. Even though there is no chalk and erasers, he shows a great appreciation for his readers who are indeed the best students in the world. He has written a series of travel presentations, plus a writing workshop entitled “The Writer’s Journey”. His nineteen presentations include cruising, Amtrak travel, Walt Disney World, Hawaii, Newport-RI, Boston, and Barbados. David’s travel presentations have been an instantaneous success. David has lectured at libraries throughout New Jersey and New York.