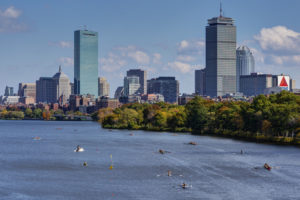 There are than a dozen U.S. cities well rooted in history. There are cities well known for sailing, contemporary architecture, cultural diversity, and their sports traditions. We must not forget that there are cities well known for their distinctive accents. The one city that captures the traveler’s imagination in all of these categories is Boston. Boston was one of a handful of cities that shaped our country’s history. We can be sure of that. Boston is known for much more than massacres, tea parties, and witchcraft trials. This new lecture, set to debut in August 2017, will take would-be travelers “beyond freedom’s trail”.

When traveling to Boston, it’s easy to take the train or simply drive. Boston is also a popular port-of-call for cruise ships during the Summer and Fall months. Boston is a city home to thousands upon thousands of commuters. By bus, trolley, train, or subway, Bostonians use them all. The one event in Boston’s history, which Bostonians are happy for its completion, is the Central Artery/Tunnel Project. Bostonians referred to it as “The Big Dig”.

“The Big Dig” was the most complex and most costly engineering project in United States history. “The Big Dig” began in the year 1982. The plan was to alleviate the traffic headaches caused by the elevated highways knifing through the city’s central area. “The Big Dig” included tunnels under Amtrak’s Northeast Corridor leading into South Station. Also included was the construction of the Bunker Hill Memorial Bridge over the Charles River. Lastly, “The Big Dig” dictated the relocation of commuter trolley lines. “The Big Dig” cost a record-shattering 14.6 billion dollars. For the worst part, “The Big Dig” caused Bostonians and commuters alike, hours of construction traffic. “The Big Dig” was complete by late 2006. It’ is a pleasure to see Bostonians sleeping easy these days.

Boston is well-known for its sports history. New York is referred to as the mecca of the sports world. Boston’s sports history is rooted much deeper than New York. Two of the most iconic sports facilities in Boston’s history are Boston Garden and Fenway Park. The Boston Celtics started playing at Boston Garden in 1957, and won 16 NBA championships during the Garden’s era. The Boston Garden, completed in 1928, had a few home disadvantages. The Boston Bruins’ hockey rink was undersized as opposed to the standard dimensions. The Boston Garden was also built without air conditioning, making every basketball and hockey match-up an uphill challenge. Boston Garden closed its doors for the final time in the Spring of 1995, making way for a new era in Celtics and Bruins history. The TD Garden (f.k.a Fleet Center), became the new home. Boston Garden was demolished in the Spring of 1998.

Boston still has the most intriguing transportation system. Aside from having the oldest subway system in the United States (the T), Boston’s two railroad stations have their own stories to tell. Boston’s South Station is the most breathtaking. North Station was torn down in 1927, to make room for Boston Garden. South Station is Amtrak’s terminal, and serves the MBTA. In its hay day, South Station was the busiest railroad station in the country, handling up to three hundred trains a day. Today it is still busy, handling Amtrak’s Northeast Regional trains, Acela Express, and the Lake Shore Limited (New York/Boston-Chicago). Circa 1940, the station had a shed, covering the station platforms. The shed was later destroyed by fire. The whole terminal was feared to be completely demolished. The famous front facade of South Station was saved. South Station today serves as Boston’s railroad gateway. Today, South Station is a historic city landmark.

Every November, all eyes are on New York City for the New York City Marathon. Every April, the Boston Athletics Association hosts the Boston Marathon. The Boston Marathon begins in Boston suburb of Ashland, MA. The route cuts eastward through the suburbs of Natick, Wellesley, Brookline, Newton, and concluding in downtown Boston on Boylston Street. Ever since the 2013 Boston Marathon bombing, the race’s popularity has grown tremendously. No city’s marathon has welcomed more runners than Boston. The Boston Marathon has welcomed runners from all over the world, including those with disabilities. With regards to sports, Boston is among the candidate cities for the 2024 Summer Olympic Games.

Boston is more than just a popular city for travelers from all around the world. It is a city that is constantly evolving. Boston is the city that welcomes ideas, traditions, cultures, and leaders from all over the world. Ever since the Boston Marathon bombing, Boston has been a city for the strong and courageous. Ultimately, Boston is a city that stands at the heart or “haht” of New England. Boston is where our country’s history “stahted” and it is where history “chahges” on.

David Kriso has been a travel writer since August 2011. He is a contributing writer for both of his hometown's newspapers, The Gazette, and The Observer. His articles focus on cruise and railroad travel. David is also published online at ProwsEdge.com, a cruise magazine based in Vancouver, Canada and at Amtrak's story site, Whistlestop.Amtrak.com. David also writes for the publication Examiner.com. On Examiner.com, he writes about cruise and rail travel. David is a long-time train traveler, avid cruiser, and a Disney traveler since age 4.